The Olof Palme International Center and our member organisations are engaged in Palestine, Western Sahara, Syria, Iraq, Turkey and Tunisia. Our work in Palestine is the most comprehensive.

Our main areas of focus in Palestine lies on organising women and young people and on promoting efforts to increase dialogue and peace.

In war-torn Syria, peace and women’s participation are also core issues. Among others we support the Syrian Women’s Network (SWN). The objective of the network is to attain democracy, human right and peace and to increase women’s participation in the peace process. We also cooperate with Arab reform initiative in a training programme that aims to provide Syrian professionals with the tools to take an active part in the rebuilding of their country.

In occupied Western Sahara the Palme Center and the National Federation of Social Democratic Women in Sweden support the Olof Palme School.

Within the party-oriented democracy cooperation the Swedish Social Democratic Party, through the Palme Center is engaged in projects in Iraq, Palestine, Tunisia, Turkey and Western Sahara.

We are also engaged in a regional project through ASDF, Arab World Social Democratic Forum. ASDF is an umbrella organisation for social democratic parties. 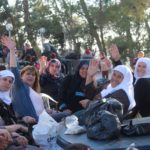 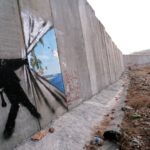 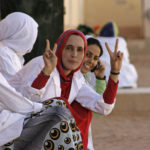 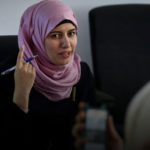 Nordic NGOs: The UN must organize the referendum about the future of Western Sahara