Are you on track to do what you have set out to do? Read more about how you can assess what your operation has led to, document the results, as well as report the costs.

Plan ahead with your partner

In order to be able to decide during the implementation whether you are heading in the right direction, it is important to decide already in the planning phase how each activity is to be followed up during the year.

You also need to agree on who is responsible for following up the various parts.

Follow-up can be performed via oral and written communication, reporting or visits.

It is a good idea to keep a log of the steps you take to follow up. Collecting positive and negative experiences, minor changes and impressions makes it possible to establish a reliable image of what has been achieved over time.

What kind of information should you collect?

Let the collection of information be based on your own observations, your reports, statements from the target group and – ideally – reports from someone positioned outside the operation but able to observe the changes/results.

Listening to a number of different perspectives will provide you with a more comprehensive image of the change and how it was achieved. This, in turn, increases the likelihood of you being able to extract useful learning from the follow-up.

Set aside resources for follow-up

Don’t forget that the follow-up will sometimes require new activities and/or adjustment of the operation plan. It takes time, requires staff and a budget to conduct a survey, for instance, and to organise distribution of questionnaires, or to hold interviews with members of the target group and then analyse the results. So, remember to make sure to include your follow-up measures in the activity plan and budget, and to allocate responsibility for their completion to one or more people. In this way, the working group can continuously follow up on the results and check that you are on the right track.

A follow-up plan doesn’t have to be particularly complicated. Below is an example of a simple plan.

In order to follow up at a later date on the changes to which the operation contributed, it is important to establish the starting point – or the baseline as it is often called.

If, for example, the purpose of an operation is to reinforce your organisation, it is good to know how many members your organisation had when the operation was launched. If you do not know this, it is difficult to say whether any increase in membership can be attributed to a given operation.

Use information that you already collect

One good idea is to use information that you already keep track of. For example, if your organisation or party already maintains statistics about your membership base, it will not require a lot of resources to establish the baseline.

How to establish a baseline

You may need to earmark resources in the application to conduct “before and after” interviews with the target group. One example where this might be needed is if you want to improve your internal democracy. Then you could study how the members of the party or the organisation perceive the status of internal democracy before the start of the operation or a given activity, and ask them again after your intervention.

The context and problem analysis is also important in establishing an image of the baseline, as is the mapping of stakeholders.

If the objective is to encourage certain stakeholders to behave differently, their original pattern of actions should be part of the baseline.

Another objective could be to educate the target group (the rights holders) to enable them to influence decision makers so that they, in turn, adopt a certain piece of legislation. The baseline here could be that the organisation has not held any courses of education, that the target group does not yet perform influencing work, and that the decision-makers have not adopted the legislation.

Next topic: Finances in order 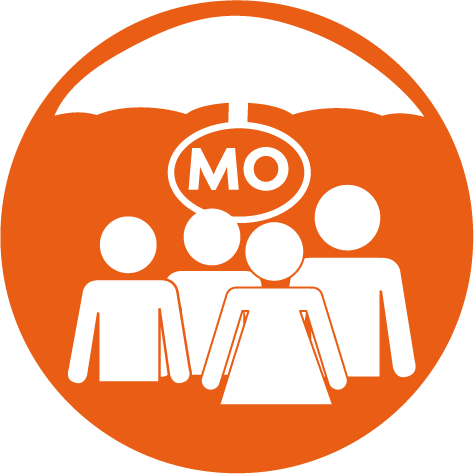