Zimbabwe has been ruled by President Robert Mugabe in over 30 years. Political repression is widespread but there is a strong tradition of popular movements in the country. Olof Palme International Center cooperates with women's organisations, trade unions and independent media.

Our partners help Zimbabweans to demand their rights in an elitist and patriarchal system. The right to speak and think, the right to antiretroviral drugs and free information, the right to equal treatment in court, at work and in school.

Before the new constitution was adopted in Zimbabwe our partners mobilised their members and the general public, influenced politicians and made sure that women, members of trade unions and the media were given better protection.

Today our partners are working with the constitution as a tool to ensure that the words will become reality. Women in Politics Support Unit (WIPSU) are empowering female politicians at all levels, the Media Institute of Southern Africa (MISA) works with advocacy for better media laws, the General Agriculture and Plantation Workers’ Union of Zimbabwe (GAPWUS) negotiate better working conditions for workers in the agricultural sector and the Women and AIDS Support Network have ensured that more women have access to sexual and reproductive health.

You can watch WIPSU’s and MISA’s film about female politicians in Zimbabwe here. 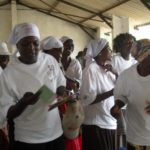 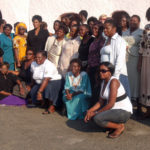 President Robert Mugabe and his ZANU-PF party have been in power since Zimbabwe’s independence in 1980. In the 1990s the economy collapsed and the crisis was worsened by the controversial and violent land reform 2000-2002. The two most important opposition parties, MDC and MDC – T, were formed from the trade union movement.

Zanu-PF, MDC and MDC – T finally agreed on a new constitution that voters approved in a referendum in 2013. Shortly thereafter parliamentary and presidential elections were held which were won by ZANU- PF and Mugabe.