Albania has since the 1990s undergone significant changes: from one of the world's most isolated countries to an EU candidate country. The Palme Center supports organisations working for greater grassroots’ participation in politics and decision making; for increased transparency and fairer representation, both on the local and national level.

Our partner organisations have managed to make several local budgets more suitable for the needs of the people. And they advocate for equal representation in the parliament, including the rights of minorities.

One important part of the Palme Center’s work in Albania is to improve the opportunities for young people to be active citizens. One example is our cooperation with the organisation New Epoch Centre in the city Feir. New Epoch Centre has involved young people in the fight against environmental degradation, violence against women and corruption in the school system. 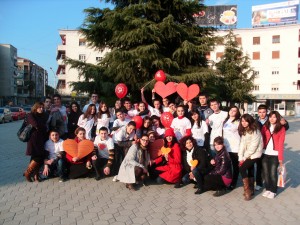 Albania is one of Europe’s poorest countries but in resent years economic growth has been high and political reforms have been implemented. In June 2014 the country was granted EU candidate status. But Albania is still grappling with high levels of corruption, unemployment and poverty.